The road to Wiley begins... 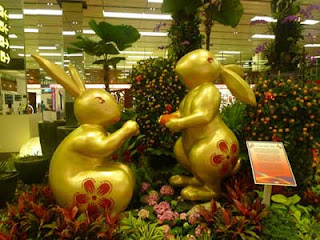 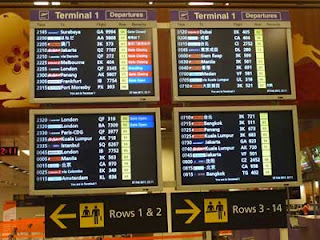 Flying to seal the deal... 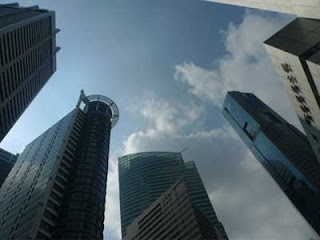 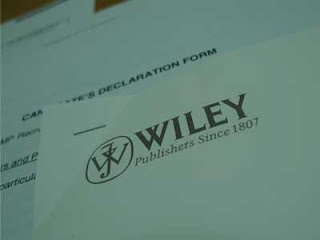 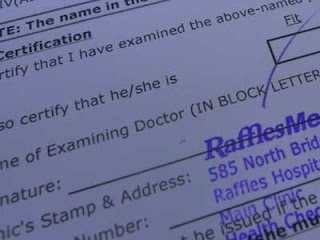 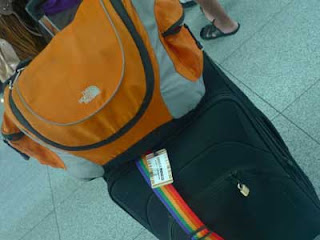 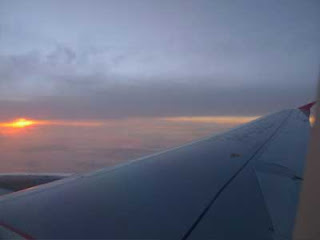 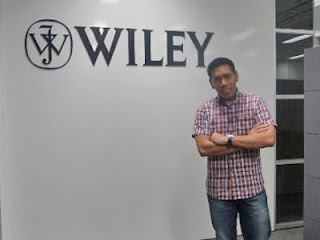 My love affair with Singapore started in the latter part of 2008.

CebuPac had one of its major seat sales. When I saw that Singapore was one of the destinations included in the sale, I immediately booked a flight. I had reason to go. I could stay with good friend Richie at his place in Serangoon back then. Friends from work Jean, Joi and Lloyd were in Singapore. I even got to squeeze in an overnight side trip to Kuala Lumpur to meet up with local couchsurfers.

Having heard good things about Singapore, I was very much excited to go. A few days at the island-city state was all it took for me to start dreaming of moving. Five days in the city of fines was more than enough for me to begin wanting to move to this fine city.

It took a little over two years for that dream to finally become a reality.

Last December, I came here to do the half-marathon of the Standard Chartered Run. By the time I flew back to Manila, I have already decided in my head that I will embark on the journey to get to Singapore this year. There were a couple of reasons that helped me finalize my decision to consider a career, a new life in this small city.

First and the most obvious, I love how (almost) everything seems to be working in order and discipline. Second, since Singapore is small, I felt I wouldn't have a hard time getting to know the city. Third, for someone who doesn't want to be too far away, Singapore seems to be the best option to begin a career outside of the Philippines.

Fourth and probably the one that really helped me decide, almost all of my friends who have gone to Singapore have nothing but success stories. Richie has been here for a couple of years now. Jean is now on her third year of living here. JoAnn took the leap after leaving Smart, and what she was able to accomplish here was just inspiring. THe same goes for Rej who decided to move a little closer to home after working for a year in the US. Then last year, Jon and Cyprus made the move and I have heard how good things were. Twitter buddies Sarge and Ian have established a career here. Twitter buddy Chris just moved and from what he wrote in his blog, it was worth it.

When I got back to the Philippines, I was already set on making 2011 the year I would move to Singapore.

I drafted a game plan beginning with talking to my manager before the year ended to mention about my career plans. Thankfully, she has always been very understanding and supportive of me. I am forever grateful to be under her guidance and mentorship.

Come January, I updated my online resume and began sending our applications via the online job sites. I also got a list of PR firms/ad agencies in Singapore and I emailed my application letter and resume to them. I would often get regret letters but that didn't stop me from continuing to apply.

I booked a flight for March when CebuPac had its seat sale. The plan was to stay in Singapore for almost three weeks in March to look for a job, and hopefully make the move by April.

In a way, that was what happened.

While looking for companies to apply to, I decided to check out Wiley, the company where Chris and another friend Miguel worked for. The two guys spoke well of the company. When I visited the Career section of the company website, that was when I saw the job posting for Produciton Editor. I read the job description, and feeling confident about the task I decided to compose my cover letter and send my resume.

On top of applying online, I also told Chris about it and I gave him my resume as well so that he can send it to HR.

A couple of days after I turned in my resume, I got a reply from the headhunter of the company. That one email led to a series of email exchanges. It was my preliminary interview. By the end of January, I got the call from the headhunter and the next thing I know, I was on a flight to Singapore to have the panel interview and the exam.

I had the interview and the exam on the Monday. When I flew back to Manila, I kept on checking my email to see if there was any good news. I was supposed to hear the results by Wednesday of that week. Worrywart that I am, I began to feel anxious when I didn't see anything in my Inbox from the headhunter. Chris told me to send them an email, and that's what I did. That was the start of the delivery of good news.

February 11 was the ay I received the email informing me that Wiley was keen to consider me for the position. By Monday, February 14, I was preparing my documents to be sent to Wiley for the processing of my employment pass. It was happening. I got the job!

I had to fly back to Singapore on the first week of March to sign papers, undergo a medical exam and bring my application for an employment pass to the Ministry of Manpower. I flew back to Manila on March 12 with a huge smile on my face.

The last few weeks of March was a whirlwind of events. I gave my resignation letter to my manager on March 1. But I still had much work to do, including the Smart Internet for All exhibit, a major advocacy project which began last year. The exhibit turned out to be a success, and I was really happy that it did because I was leaving Smart with a bang.

Aside from this, I had to start telling friends about the move. I don't know why I was being shush about it. It turned out to be a mistake because it cost me a friendship with one good friend. The last three weeks were spent meeting up with good friends, having quality time with people I love, treating my family to a good dinner, and packing things.

On the afternoon of April 2, I was at the Ninoy Aquino International Airport Terminal 3. I had with me my luggage (17 kilos excess baggage!!!), my passport, my claim pass for my EP, and a boarding pass for Flight 2P800 of AirPhilippines bound for Singapore.

It was a little emotional day. I was on the verge of tears while waiting for Tey to pick me up from my house. I kept telling myself that I had to be strong for my family. I didn't want my Mom to see me crying because she might start crying. But as soon as I got in Tey's car and she started to drive away, that was when I allowed the tears to fall. After crying for a couple of minutes, I pulled myself together.

I thanked Tey for bringing me to the airport. By 4:40, I was boarding the Airbus320. I texted friends one last time, and I was happy with the well-wishes. I arrived in Singapore at 8:10PM. Jean was at the airport to fetch me.

It's been five days since I got here, three days since I began work at Wiley, and so far everything is going well. There are a lot of things to learn with work, the local environment, but I'm more than excited.

I am forever grateful to the many, many friends who have helped me get to SG. You know who you are I cannot thank you enough. Of course, I am also very thankful to Lordy for this huge, huge blessing. Prayers from friends and loved ones really helped. I believe in that. (Pati na din The Secret. I believe that telling the universe out loud what you want helps you get that thing.)

This is quite a long post, but that's how usually journeys are, right? And this is one journey I'm more than happy to be in and one journey I hope to be (and I know will be) a really, really good one.
Posted by Clayman at 12:52 AM 2 comments:

From Smart Tower to Parkview Square... 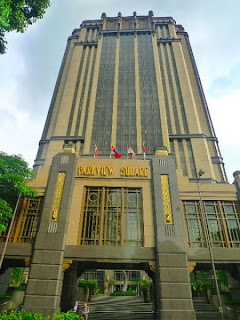 In Pinas, the Smart Tower in Makati was my second home for almost four years.

But we're moving to a new office this June. I dunno how far away it is, but when I looked at the MRT map and based on Twitter buddy-turned-work colleague Chris, it IS far!

Excited to see the new building though. It's designed to be a "green" building, so that's interesting.
Posted by Clayman at 8:00 AM No comments: 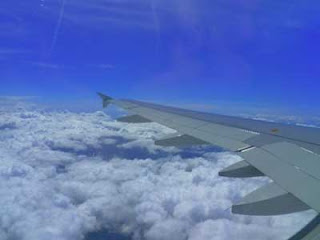 Today officially marks the start of a new life in a new country as I start a new job.