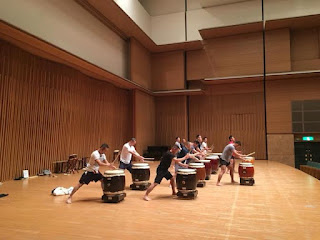 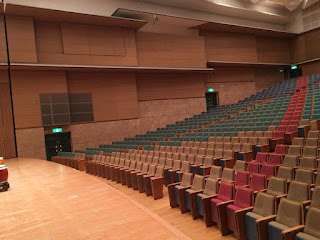 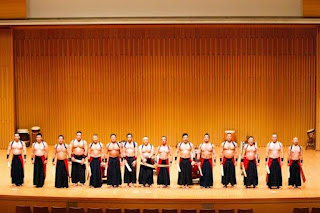 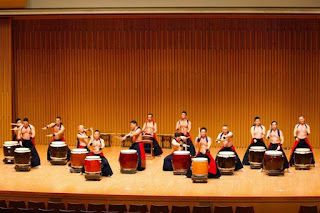 So, this is what I've been doing three Thursdays a month since July 2017.

Because I wanted to improve my Japanese language skills, I joined a taiko group. I think there are one or two other foreigners but both of them can speak Japanese. So, I'm kinda the only one who's struggling with speaking in Japanese. Lol!

Six months later, my Japanese hasn't improved that much but I can say that I'm able to do some taiko now. Lol!

Last weekend, the group joined a concert where other music groups also performed. Our group did four pieces. I was in two pieces.

It was a good experience.

Who would've thought I'd be doing this. Haha!
Posted by Clayman at 10:17 PM