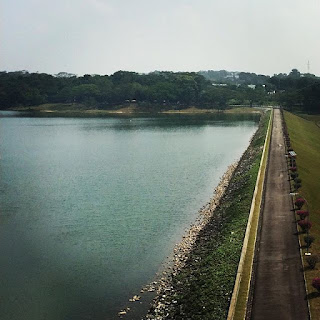 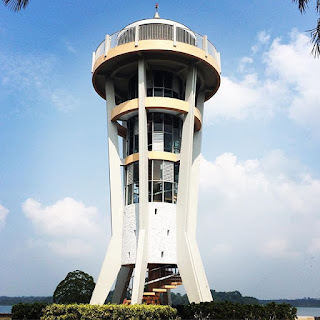 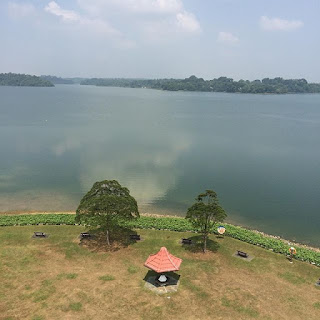 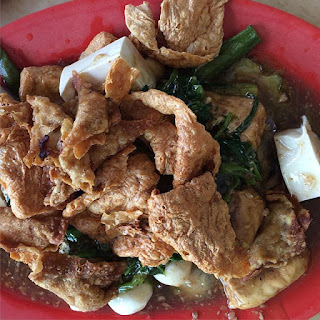 With the PSI level going below 100, that allowed us to go on an easy, morning nature walk yesterday. Yay!

I got to admit. I've been missing the nature walks. I've also been missing my outdoor runs at the park connector.

Thankfully, the air quality yesterday wasn't bad. Mr. Lim and I met up with kiddies Ted, Jackie and Shane for a quick walk.

As is our usual tradition, we met at Bishan for a nice breakkie. Afterwards, Mr. Lim drove us to Lower Peirce Reservoir. He and I have been there a few times. The kiddies have not. It was a short and very relaxed walk. Lower Pierce is one of the easiest trails, I guess. Along the way, Mr. Lim was picking up rubbish with a pair of tongs and dumping it in the trash bag that he brought. The short walk we had resulted in him filling up his plastic bag. Ugh, it's saddening that there are people who have no regard for the nature park where they run, trek, or relax.

Since it was quite early for lunch, we still managed to go to another reservoir. This time, it was more for just to check out the place and to chitchat. From Lower Peirce, we drove to Upper Seletar Reservoir. It's my first time to visit the place. The best thing about it is there's a lighthouse tower where one can go up and have a 360 panoramic view.

The five of us stayed at the tower for a good 30 minutes just relaxing and talking about all sorts of stuff. Close to noontime, it was suggested that we go to a yong tau fu place. I had an image of yong tau fu in my head but it turned out that the place we went to was a special kind. The dish is called Ampang Yong Tau Fu, named after the historic town in the state of Selangor, Malaysia.

I actually liked it but I still ordered chicken rice with roast pork (which I shared with Mr. Lim) Hehe!

It was a good Sunday morning! I'm happy to be able to go hiking again.