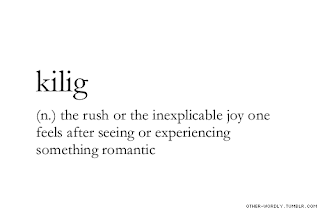 After my museum duties yesterday, I felt a slight craving for porkchop fried rice at Din Tai Fung. Although I'm certain that I can finish one order, I decided to check with Jon if he was up for some DTF.

As it turns out, we were meant to meet up for a very late lunch and some chika time. When I messaged him, he told me that he was at the office doing some work. He also added that he has not eaten his lunch yet. Perfect.

We agreed to meet up at 4PM. That was good because it allowed me to buy some stuff that I needed. By stuff, I mean new pairs of socks and new hankies. Robinsons is on sale. I was able to get a good deal on the socks but not on the hankies. I can't believe hankies are $20 for just three pieces. Lol!

Anyway, by the time I was done with the cashier, Jon messaged that he was about to reach the mall. I made my way to DTF at the basement and waited for him before we got a table.

It was an enjoyable lunch, of course. Wish Tipz were with us though to enjoy the porkchop fried rice, hot and sour soup, some salad, and xiao long bao.

I checked with Jon if he was up for dessert. He told me that his next appointment was a late movie with his housemates. In short, he had time for dessert.

We just went to the Starbucks just outside City Hall MRT. Thankfully, we managed to get a table.

As usual, our convo turned towards the dating department. In a way, Jon and I are in the same boat. Hmm, I guess he just puts himself more out there while I am usually preoccupied with other things. Hehe!

Over our convo, I told him how it's been a long time since I last felt that "kilig" feeling. I told him I sometimes wonder how it feels like. Haha!

A specific example I gave was that time when PG Boy and I were just getting to know each other. We would Whatsapp and I remember smiling like a fool whenever I received a message from him. Lol! I miss that feeling and I'm wondering when I'll feel that again.

Another thing I shared with Jon was that I think one of the many problems with me is that I'm still clinging on to a romcom fantasy of meeting someone and that I'm longing for a period that seems to be slowly disappearing. The romcom fantasy - sometimes, I play out this fantasy in my head that the one (or the next one) and I will meet while I'm at the museum or at the library or at a bookstore. Is there really a difference if I met the other person on some phone app? Hehe! As for the second part of my statement, I'm clinging on to a past when people wrote long letters. I still have some handwritten letters from my highschool best friend and some really long emails from Hunski. Sometimes I read those and I can't help but lament how I wished people still knew how to write letters rather than go for "Hey. Wru? Whatchadoin?" Haha!

It turns out Jon has somewhat similar thoughts. I find it a bit strange because our age gap is almost a decade.

Lol, I wonder what this year holds for me in the dating dept.